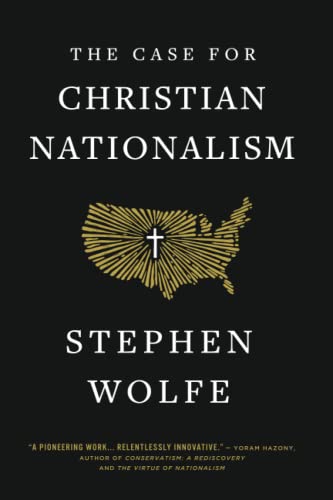 I put up a Facebook post earlier today raising questions for Stephen Wolfe and his “Christian Nationalism” project.

Because it got so many responses, I figure I’d share a few more thoughts, but it is much easier to do so on a blog than Facebook.First, I expect that I will like much of Wolfe’s book, based on articles I have read from him in the past. But I also have a hunch I will disagree with some things. Of course, in general, I am a big fan of what Canon Press puts out. I am also only a few pages into Wolfe’s book so it is not as if I have a firm opinion on it. At this point, I’m just asking questions. I actually like his definition of Christian nationalism, though I think it needs to be developed (and I suppose that’s what he will do in the remainder of the book).Second, based on the response to my questions about Galatians 2, I asked exactly the kind of question that needs to be asked. Every scholar worth his salt wants his proposals tested and vetted, and I’m sure Wolfe does as well. Some thought my question was a joke or a “gotcha” type question or the answer was so obvious that it was not worthy of a response; I suppose that kind of deflection is useful if you have no actual answer. Those who took my question more seriously fell into a few camps. Many of the responses were exaggerated, e.g., suggesting that by raising the question I did, I was suggesting that nations do not really exist. Others seem to think my question is a refutation of Wolfe’s whole project (I don’t think it is). Still others used the comments section to push their own hobby horses.In reality, I’m asking specific questions about Wolfe’s project so I can get the lay of the land. I’m trying to figure out how his categories map onto a “real life” situation like the one Paul and Peter are involved in in Galatians 2. I’m trying to figure out how ecclesiology and political theology relate in his project. I’m trying to figure out how to square his thesis with biblical exegesis. Wolfe says he is not interacting with Scripture much in his book but as a pastor, I don’t have that luxury. If Christian Nationalism is the position we should adopt, recommend, defend, and work to implement, we should be able to demonstrate from the Scriptures to the ordinary Christian why it is good, true, and biblical.

Here is my Facebook post:
"Serious question:
Would Stephen Wolfe have opposed Peter to his face the way Paul did in Galatians 2 when Peter withdrew fellowship from the Gentiles in order to eat only with his own people? Or would Wolfe have justified Peter’s actions since he was acting out of his natural instinct to have affection only for his own people?”
At last glance there were over 100 comments on my Facebook post — but interestingly not a single one gave a straight up answer to my question.

Here are a few notes on the discussion that took place in response to my post:

1. I suppose it is necessary to say a few things about the Galatians 2 text. Fear of persecution was no doubt part of what led Peter to break fellowship with Gentiles. But we know from Paul’s response that was not all of it. Paul does not just tell Peter he needs courage; he actually develops an extensive theological argument to answer Peter (and others who were doing something similar to what Peter did). Peter’s actions were not only cowardly, they were in opposition to the gospel which Paul defines in 3:8 as “in you [that is, in Abraham's seed] all nations shall be blessed.” Peter’s practical ethnocentrism led him to deny that the blessing was for all other ethne - it seems this action is very relevant to Wolfe’s book, and it seems that Paul’s response is crucial to developing any kind of properly biblical “Christian nationalism.”
There are a lot of ways to go with this, but here’s one: Presumably Peter and these Gentile believers did not have much of a shared culture outside of their common faith in Christ and yet the gospel demanded that they have table fellowship. Undoubtedly, this table fellowship would change the way they related to one another socially and politically, not just spiritually. Peter’s spiritual commitment to the gospel had to reshape his natural affection for the Jewish people who would now be his enemies. And his commitment to the gospel was supposed to create new affection he did not have before for Gentile Christians. To think that these affections could be contained in an ecclesiastical box, without impinging on Peter’s broader social practices, political views, etc., is non-sense. Human life does not work that way, nor should it.
Wolfe says that shared culture is necessary to social cohesion (see pages 24-26). Wolfe says, "The instinct to love the familiar more than the foreign is good and remains operative in all spiritual states of man."  But is Galatians 2 (and much of the rest of the NT) a counterpoint to that claim (and if not, why not)? After all, much of the NT is taken up with seeking to help Jewish and Gentile believers to coalesce into shared ecclesial communities. They did not have to do everything the same way (e.g., Paul deals with “strong” and “weak” believers which might correlate to Gentile and Jew in some cases), but they did have to form a socially cohesive community. If the apostles had followed what Wolfe says is the instinct even of redeemed man to love the familiar, what would have happened at the Jerusalem Council in Acts 15?
If choosing similar people over dissimilar people is not a result of fallenness but is natural, a “deep instinct to our good” (p. 24-25), as Wolfe claims, then what do we make of Peter getting rebuked for choosing those who were culturally similar (his fellow Jews in the circumcision party) over believing Gentiles who were not like him culturally? It only works to say “this is a spiritual issue, not a social issue” if spiritual and social issues can be neatly separated. But can they be? That separation needs to be demonstrated, not just assumed.
Galatians 3:28 means there is no difference with regard to salvation when it comes to sex, nationality, etc. We are all one in Christ as far as our redemptive status is concerned. But the gospel does not obliterate these features of our personal identity, calling, etc. As Wolfe says (and as I would agree), grace perfects nature. The question with regard to the human family is this: Does grace mean each particular nation gets perfected on its own? Or does this perfection of the one human race somehow entail a unity-in-and-through-diversity for the nations? Does grace’s perfection of nature ultimately mean all the nations will be united into the one “holy nation” of the church? What does Peter mean when he calls the church a “holy nation”? Is the church in any way a model for earthly nations? None of this suggests nations will cease to exist, but it does bear upon how they exist, and how they should relate to the church and to one another. As I see it, when grace perfects a nation, that nation’s peculiar cultural treasures are consecrated to God’s kingdom. But that nation also seeks peace with other discipled nations, as swords are beaten into plough shares. In mere Christendom, I see no reason why nations should not intermingle quite a bit (as they did historically, for example, in what we came to call “Europe,” but which was once a bunch of disparate people groups very much at odds with one another).